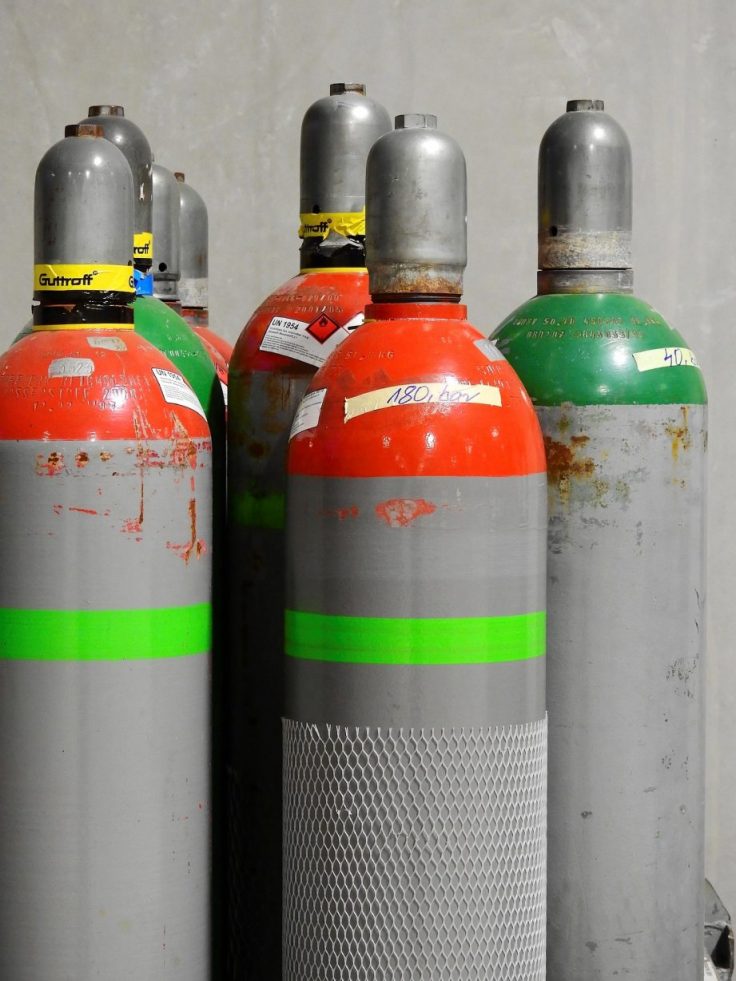 How to define the composition of its standard bottle ?

In chromatography and in Micro GC in particular, it is necessary to use an external calibration.

For gas analysis in particular, standards are commonly available in the form of pressurized standard gas cylinders. This is the easiest way to calibrate your apparatus.

However, it remains to define the composition of its standard bottle! The question is not so simple and different factors are to be taken into account.

Can I mix all the compounds in one bottle?

Yes, Standard gases can contain from 1 to more than 30 compounds in various concentrations. It is therefore not necessary to make bottles for each compound individually.

However, sometimes it is necessary to have several bottles to obtain the whole sample. This is particularly the case for compounds which present a reactivity, certain sulphurous compounds for example.

These compounds may also have shorter stability times. It may therefore be interesting to have them in a separate bottle in order to keep a longer stability for the majority of the other constituents.

The feasibility of a mixture also depends on the physicochemical properties of the gases.

Indeed, certain compounds, in particular solvents or hydrocarbons higher than C6, pose limitations to the realization of gas standard. Mainly, some compounds, in normal conditions, are present in liquid state such as solvents, or gaseous state but at low pressures as toluene for example.

For the latter, standard cylinders will therefore be available with a limited maximum concentration and/or a reduced maximum cylinder pressure and thus a limited available quantity of standard gas.

Which matrix for my standard bottle?

What concentration for my constituents?

The constituents in the standard bottles can have a concentration in ppb, ppm, %. Generally, the concentration is expressed in molar fraction because this measurement is independent of pressure and temperature. It is also possible to find measurements in volume or mass fraction.

Micro GC is an analytical technique known for its linearity and stability. Thus, for many applications, a single calibration point per compound is often sufficient. One then chooses a concentration value close to the expected normal value in one’s sample in order to obtain a quantification with the lowest uncertainty.

How many bottles are needed?

As previously discussed, in micro GC, often a single calibration point is sufficient. However, in more complex applications, especially if the concentration variation of the same compound varies over a large range, it is relevant to perform several calibration points.

In this case, two standards are generally used: a low value and a high value. The low value, for a microGC analysis, is however chosen not too close to the detection limit (LOD) of the apparatus in order to preserve a quality calibration. Indeed, close to the LOD, the repeatability of the analysis is less good and will therefore have an impact on the accuracy of the calibration.

For example, the application aims to determine a methane production of 0 to 43%. The low calibration point can be set at 50 ppm and the high value at 45%. The calibration curve is a straight line passing through zero.

Matrix change during the reaction :

In microGC and mainly on the molecular sieve column, the quantification of certain compounds can be affected by a “matrix effect”. Indeed, when analyzing a process where the matrix between the beginning and the end changes from hydrogen to methane, we notice that the quantification of nitrogen or CO2, for example, can be affected, even without any variation in concentration for these compounds. This phenomenon will be discussed in a later article. In this case, it may be necessary to have several standard bottles, one for each matrix of its application.

Today, control of the entire manufacturing chain for gas standards guarantees stability over time, even for low concentrations.

The uncertainty : maximum deviation between the measured and the true concentration. It is indicated by a 95% confidence interval according to ISO 6141. This parameter depends on the capability of the measuring technique. An uncertainty of 1% to 2% is generally accepted for chromatographic measurements. Sometimes, depending on the compounds and the desired concentration, the minimum possible uncertainty is 5% or more.

NB : High precision bottles with an uncertainty of less than 0.1% are feasible. These are however much more expensive and generally not necessary for the calibration of our analyzers.

Several levels of precision are generally available from gas companies to cover all needs.

For the calibration of your microGC, a deviation of 5 to 10% and an uncertainty of 1 to 2% are sufficient for a good calibration.

In microGC, although calibration is not very frequent because the analyzer is known for its stability, one can go for a small bottle. However, it is interesting to inquire about the prices of several volumes because sometimes between a B10 and a B20, there is very little difference in price because of the complexity of making mixtures in a small volume, especially in low contents (need for successive dilutions, etc.).

The standard bottle as well as all the elements from the bottle to the connection on your analyzer can be contaminated. Indeed, the ambient air and humidity in particular, due to a phenomenon of retro-diffusion are common contaminants. This phenomenon is explained by the difference in partial pressure between the gases on either side of the walls.

To eliminate the risk of contamination, a few good practices must be followed:

These mixtures present a risk of condensation during injection. Heating the transfer lines is a good solution to limit this risk and guarantee the integrity of the injected mixture. In summary, for my micro GC calibration, ideally I need :

If my application scans a very wide concentration range for my compounds, I would have to perform several calibration points and therefore have several gas standards.

If I want to analyze samples that contain significant gas phase contents of compounds that are not available in gas form or under very limited conditions, I would have to implement another calibration method.

Other calibration methods are indeed available, this may be the subject of a future article !