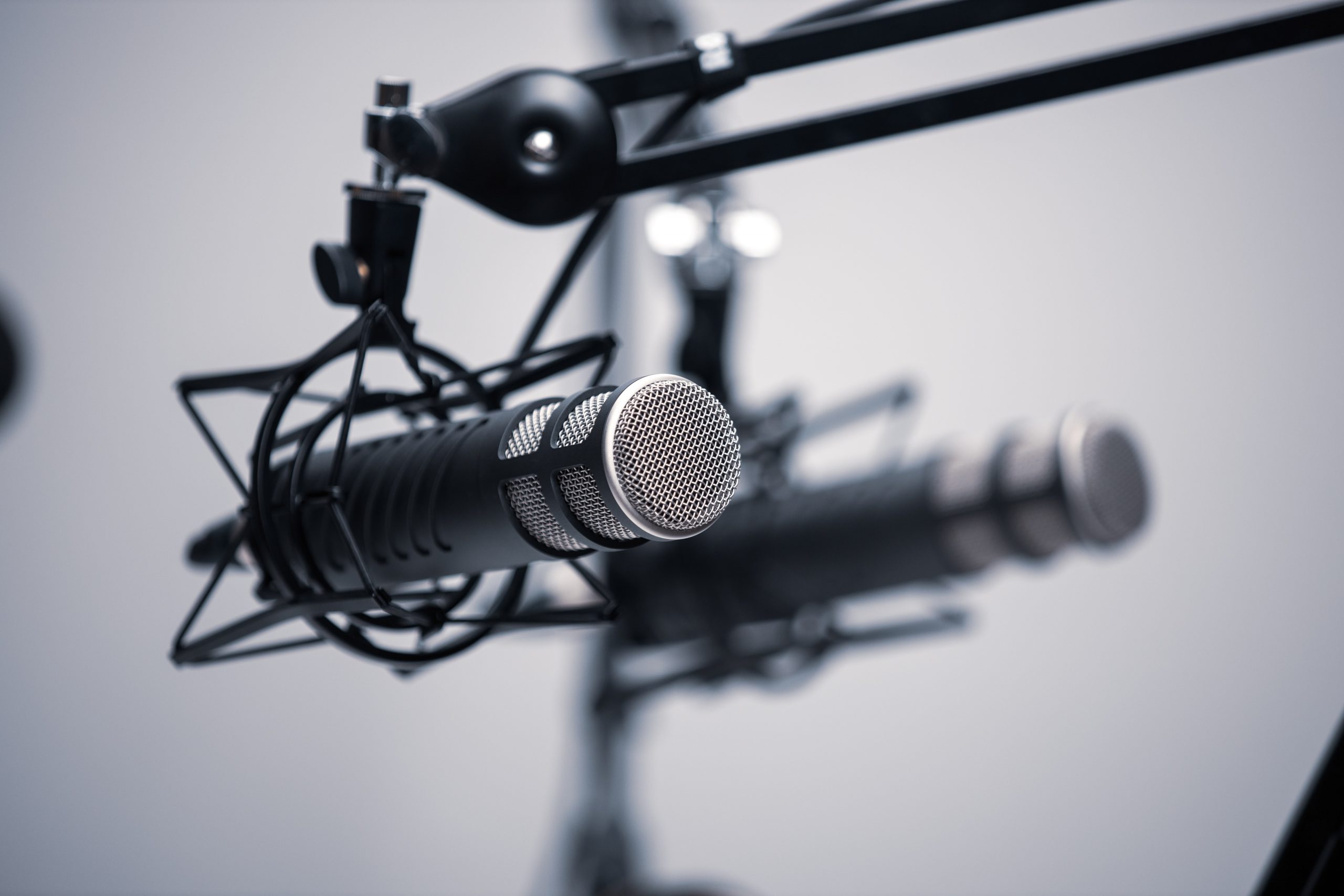 Interview with a MicroGC pioneer: the president of MTI

In an exclusive interview with Chemlys, Bill Higdon, president of MTI (Microsensor Technology, Inc. ) from 1990 to 1998, answered our questions about the history of microGC. Bill Higdon was a California entrepreneur in the 1980s who, interested in the emerging MEMS technologies, bought MTI on the verge of bankruptcy. In less than 10 years, he turned it into the first company to market the first micro-CMs worldwide and laid the foundation for a still growing market.

Mr Bill Higdon answers our questions, here is an extract of our exchanges

Chemlys (XC) : MTI was known for its miniature (microGC) and portable chromatograph. Do you know if the company had this initial objective ?

Bill Higdon : The incorporation of MEMS technology into a gas chromatograph occurred when NASA awarded Stanford University a grant to develop a small, portable, low-power instrument that could analyze gas compositions. Completed in the early 1980s, the technology remained the property of Stanford. It was released through a license to the Stanford researchers who formed MTI in 1981.

Chemlys (XC) : How did you acquire MTI ?

Bill Higdon : In 1988, MTI was then a nearly 10 year old company that was frozen in research and development being run by a group of Stanford researchers and had not made a penny in all that time. The reason I bought MTI was to learn more about MEMS technology. The investors were tired of supporting MTI and wanted to sell, due to lack of profitability. The first thing I did was fire the head of R&D and the President, and within a year and a half, MTI was profitable and for the next five years was one of the top 100 fastest growing private companies in Northern California.

Chemlys (XC) : Even today, micro-GC is considered an advanced technique, even though the fundamentals of this technique are now 35 years old. Did you feel, at the time, that you were carrying out an avant-garde project ?

Bill Higdon : I bought MTI for the MEMS technology. That was the only reason¹. The product was very advanced, even in the early 1990s shortly after I joined. In addition, I could see the enormous potential of this technology in other application areas. Although the challenges of the manufacturing process were daunting, some of us immediately envisioned a whole new line of micro products where a real machine, driven by micro motors and its associated electronics, could reside in a 6x6mm silicon die. Gyroscopes, inkjet injection heads… A whole bunch of sensors being real micro-mechanisms could be used as electrical and mechanical devices in a single object. Sandia Labs had micro gears driven by electronic motors that could rotate up to more than 100,000 rpm, as the gears rotated on precision micromachining bearings with almost zero mass to rotate. 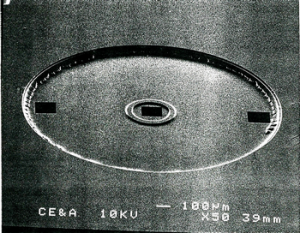 Microscopic view of the injection valve seat of an MTI injector

Chemlys (XC) : Did you have any difficulties in getting customers to accept this new technology ?

Bill Higdon : Yes, introducing revolutionary technology into the very traditional fossil fuel world was really difficult. We often sold instruments through more adventurous engineers who loved them but couldn’t get their superiors to sign off on additional purchases. It took a long time to convince the natural gas industry to realize the benefits of microGC. But once they did, they were sold! This industry [ndlr natural gas] has become one of our biggest markets.

I was looking for new customers and learned that refinery plants in Louisiana and Texas were using HP instruments to analyze a gas mixture of 37 molecules. So I asked several of the refineries if they would test our microGC against the HP Chromatograph and they said they would. We built a special microGC with 4 GC modules, called “Quad”. A GC module was a 4 x 4 x 6 inch metal box with a Micro Injector, a Micro TCD and a Micro Column with a heat sink under it, all sandwiched in a special foam.

After completing the software, we built 3 new Quad analyzers and took them to the 3 refineries ready to test our new product. They could hardly believe the results. The HP GC took 22 minutes to run the 37 compounds. Our Quad did the analysis in 90 seconds and our results were 3 sigma more accurate and repeatable. We killed the HP refinery market completely within the second year. That’s why they bought us out.

Chemlys (XC) : The P200 microGC is known for having participated in the Columbia flight on space mission STS-94 in 1997. I assume that was a point of pride for you and the company. Can you tell me about the collaboration on this particular project ?

Bill Higdon : Once again, it took NASA some time to analyze our microGC and determine if it was acceptable for their particular use and conditions. We had to make some minor modifications to keep the microGC from collapsing in their vibration test and we had to use a different battery, but they loved the small size, speed and repeatability of the instrument. They used the microGC to monitor the cabin air.

We were very proud to have our microGC on the shuttle, and it was especially consistent since NASA had funded the original research at the university. 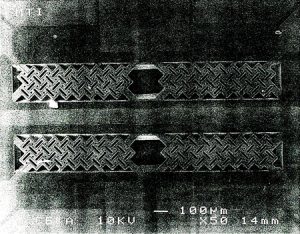 View of the TCD detector filaments of the first MicroGC MTI

Chemlys (XC) : According to my recollection, and if my information is correct, MTI had in its project the development of the Micro GC with flame ionization detector (FID). Can you confirm this ?

Bill Higdon : Yes, we were working on a Micro FID, but HP didn’t want to pursue it after they bought MTI in 1998. HP had a very difficult time replicating the MTI micro FID, because they had the typical big-company, know-it-all attitude. They were never able to replicate the level of quality that MTI had achieved over the years. We had employees with 10 to 15 years of experience building our micro-GCs, and when HP (at that time, which would become Agilent Technologies) moved manufacturing to Wilmington, Delaware (USA), they didn’t keep that group of talented employees: a crucial mistake. They kept only a minor part of the engineering staff, and these people had minimal internal support and no incentive to develop new products from then on.

Chemlys (XC) : What about liquid injection? Was it in development ?

No, we have never examined liquid injection.

Chemlys (XC) : Who do you think is the inventor of the microGC concept, the person who came up with the idea of combining MEMS and chromatography ?

Bill Higdon : I have no idea. All I know is that the R&D team for microGC was a handful of Stanford University graduates who then used the technology and started MTI with substantial venture capital funding. It is my understanding that the slow acceptance of the industry was compounded by an inability to control costs. After many years of no profit, they had to sell the company in 1988/1989.

Thanks to Bill for his availability and our exchanges

We decided to publish this article to show by this example that innovation is often born from a partnership with universities that need funding. But innovation is not enough for the commercial success of a technique and its popularization. It is necessary to convince users who are often reluctant to change, especially in industry, and it is not uncommon that an outside viewpoint that did not participate in the development, finds itself better placed to develop the product. This is what Bill Higdon did with micro-chromatography.

Another point in the relationship to innovation is the phenomenon of takeovers by a large group. These takeovers are rarely a source of innovation, quite the contrary. When a small company overshadows or takes market share from a larger one – as happened with microGC in the oil and gas business – the company is bought out to protect the existing market. But the product is not necessarily developed. During the buyout, the human capital was neglected and the know-how was lost, which caused many problems for HP at the time, unable to make a product of such high quality.

(1) – Bill Higdon has done a great deal of work in the microsystems field, having previously led other companies in the field. A graduate of San Jose State University, back in 1975, Higdon founded Santa Clara Plastics, Inc. and built it into the world’s largest manufacturer of wet semiconductor benches.
In 1981, he started another semiconductor equipment company, Estek. Estek developed a fully automated RCA cleaning, rinsing/drying station, and a wafer (wafer) sorting station. In 1988, he assisted in the turnaround of Optical Specialties, Inc, a line width measurement company.
In 1990, he saved Microsensor Technology, Inc. (MTI) from bankruptcy to become one of the 100 fastest growing private companies in Northern California. MTI had its own production of silicon sensors and microvalve arrays for their ultrafast gas chromatography instruments.
Mr. Higdon is now retired in Virginia, still passionate about technology, and participates in robotics competitions internationally.