In gas chromatography, the rise in temperature during the analysis allows to optimize the separations of the light and heavy components (or little and much retained according to the sample and the type of column). This allows a good separation of the constituents not much retained because we start at low temperature, then as the analysis progresses, the temperature increases. The peaks are also narrowed by the rise in temperature. Thus, the temperature programming allows to gain in sensitivity and resolution compared to the isotherm.

Until now, temperature programming was not available in Micro Chromatography.

Thus, the Micro GC Fusion revolutionizes this technology by introducing a powerful and miniaturized heating system coupled with rapid cooling.

The advent of temperature programming in microchromatography will increase the application possibilities.

During the first installations carried out by CHEMLYS, we have experienced the potential of this innovation. In many cases, it allows us to do away with a module compared to an isothermal micro GC. It also allows to limit the need for column regeneration by eluting the compounds at the end of the analysis. Finally, there is no longer a compromise between low and high temperature. All the compounds are now analyzed with the optimal conditions.

We are only at the beginning of our discoveries on the new possibilities of the Micro GC Fusion. This innovation makes it a must-have analyzer! 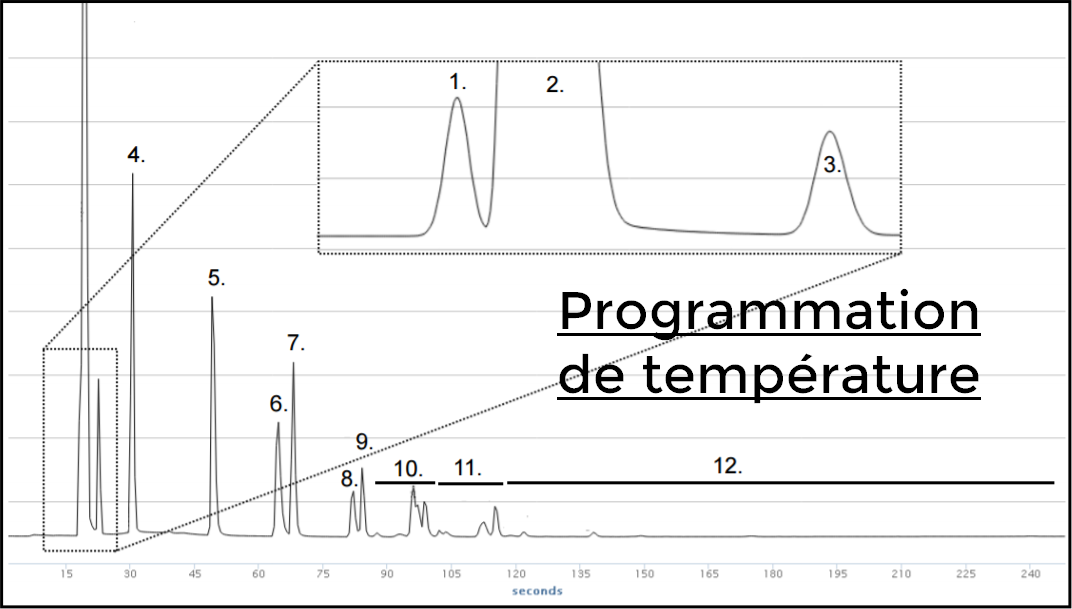 Comparison of chromatograms between isothermal and temperature programming  on a natural gas sample.

Thanks to the temperature programming, the Micro GC Fusion has several advantages: